This is our twenty fourth call and we are trying to guess the city their from.We asked him if he was in any big city's just to pinpoint were it would be.He answered some of our questions by saying if
the city we asked their are in too far West ,East, and North.It wasn't long till we guess the city.
Ms.Castillo actually guess it right ,it was Halifax Canada.He showed us the Atlantic ocean just outside of his window. He kinda gave us an idea of how cold it is in Canada.He actually was in a museum. He told us a little about the history of Canada and how it was founded.
We asked him a question more about present day and what language do they speak.He said that they mainly speak English and a couple other languages.We asked him why he chose that job?
and he said that he liked looking into the not so nice times in history. He explained to us that
people in HIstory wanted Canada to be a white british country.We got to know more about immigrants in Canada and how they were used in Canada history.We asked him how long did it take him to learn everything? He made it clear that he really enjoys history so he picks it up quicker.
Next question we asked him was about Canada now itself and it was "what are some big landmarks in Canada.We asked him his opinion about migration in the United States and he was unfortunately not able to answer because he works for the government. in the city he is in right now is about 4,000 people since it such a small city.
Posted by Jayne Germany at March 13, 2020 No comments:

Email ThisBlogThis!Share to TwitterShare to FacebookShare to Pinterest
Alejandro Gonzalez

John lives in a 1 bedroom apartment. Lives near the Empire State Building. John is a very picky eater. John walks to his job. John sometimes goes to the gym.

John was there when Nickelodeon when it first launched. He also has been in the Kid's Choice Awards. John also met Spongebob! John used to work in MTV and helped with music videos. John was so lucky to dance with Beyonce! John moved to New York in 1997 and sadly experienced 9/11.

John has his own company! John was inspired by watching lot of TV as a kid, but also he wanted to be a DJ. John worked with Ariana Grande and knew she had a big future. John's name was put as a restaurant in Zoey 101.

We are talking to Ms. Garza sister about her horse and what she does.

She lives on a 30 acre farm, she helps with kids with disabilities and former military who have PTSD.

She helps horses that are bad behaving and has an olympic horse to care for.

The kids talk about her past life as an ex-army, what it was like and whether she would join it again.

The farm was owned by a lady name Julie Robert, you can go to the website and take some classes.

Q. Do you miss Texas
A. Well yeah the food, it is very different, like they don't have brisket and Whataburger. But I do miss the family cuz we are so far from Texas.

The horses don't live in a barn, they are in a herd, but they do get aggressive around each other when it comes to food. In the herd the male would be top but when I'm out there they know that I'm in charge, we don't show aggression or yell at them.

Ready for the 8:00 am call.
This will be the 22nd conference call.
24 hours ago, the students were arriving to school and getting ready to begin this adventure.
Here they are, still enjoying and working hard.
Always doing their best! 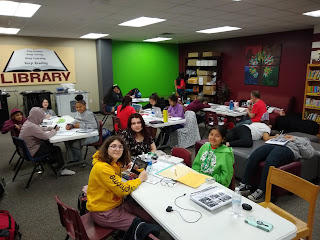 Posted by Rebeca Williamson at March 13, 2020 No comments: 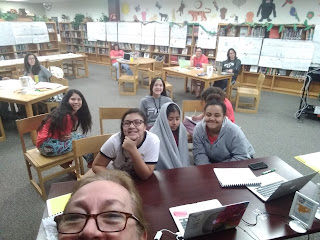 These brave ladies have been up and keeping the conversations going.
Now, they are talking to Archie Walker. He is an American living in Nairobi.
He took us on a tour around the market. Colorful, lively, and noisy.

In the Cheery Children Center, The kids prepared to play music for us. Some of the children competed at an athletics competition and couldn't make it. They played Jingle Bells for us on Flutes, Clarinets and Trumpets. They have been playing for two years. They like to play instruments because they love music. Their ages are from 10 to 11 years old.

The children where most curious about our band at Delay. They talked about UIL. Then some of our girls told them how to do "The Renegade" From Tik Tok. Then we asked them what is a dance there in which a boy danced for us. After they sang in their language for us. The boy put his hand on his hip and danced as the kids on screen chanted.

They asked us about when the Band kids practice in which we told them about band practice.
They also asked about our buses. A boy asked about how many kids we have and about subjects. In their school they have six subjects.

In our 24 Hour World Tour we are on our first mystery call. We narrowed it down to Asia and Australia just on knowing that they are 13 hours ahead of us! We haven't even started the call yet but are slowly getting closer to the answer just by using how many hours ahead of other continents.
For our second mystery call we are not going to be able to know the time they are in.
We noticed that they had mask on due to the Corona Virus. Right of the bat we asked them if they are from Japan and they are not.The second question we asked is "if they live in the eastern hemisphere".The second question we asked is if they were from tiyan based of their eyes and skin, and they are.They still needed to guess were we are from.They asked us if we are from Africa, but we are not .They also asked us if we are from Mexico.We still needed to find out there city so we ask them if their city starts with certain letters.We figured out that their city starts with a "K".They finally figured out we are from the united states!We guessed if there city was Kaohsiung and we were correct!They still needed to guess our state but it wasn't long till they found out.We HAD to comment on there skin and skin tone and how it was so clear!They are so PRETTY!!!!!Now that we knew each others location we got to know more about their culture!We taught them Tik Tok dances and they asked us questions they wanted to know.One of those question was what are different  celebrations do we celebrate, we listed a few such aThanksgiving and Easter. They also asked us if we liked any sports and we responded with football, basketball and volleyball.Once they got to know us better they performed for us an amazing song by Bruno Mars!We really loved their voices and instruments!Next another group went on the screen to tell us more about them. They had a presentation ready for us. The first slide was about popular snacks one of them was very known here as Boba Tea . They then started teaching us a little of their language. They gave us their Social Medias to connect with them. We then agreed to email each others social medias. Allow me just to say they are GORGEOUS !!!!! Another group came into the screen ,we first introduced our selfs to them, as one should.They told us a little about traditions in tiyan. we shared many laughs and taught them how we play "Rock, Paper, Shoot!".  They knew a lot of our slang terms in the united states. we asked them if they liked sports and they said Basketball and swimming.Our follow up question to that was are there any people they looked up to they said, Kobe Bryant <3. So at this point it was my turn to go talk to them . While we were talking Emanuel, one of our fellow peers thought a girl was cute. So me being a good friend told Jenny (the  cute girl) that he thought she was cute, and she gave a heart to him and now are friends on social media. They asked us if we play Fortnite and only a couple girls answered yes.We took a picture with them to save the memory!
Posted by monique garza at March 13, 2020 No comments:

Well, our students needed to rest for a while. They have been working VERY HARD! 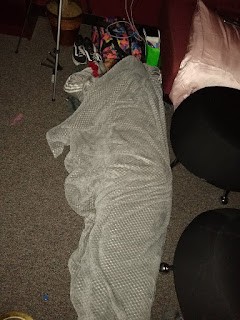 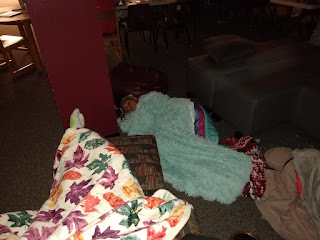 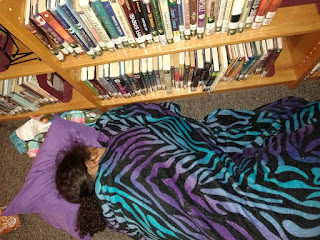 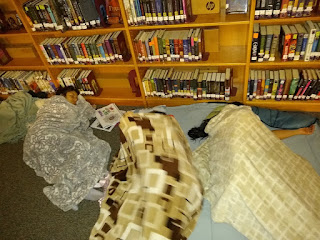 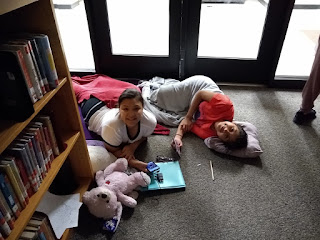 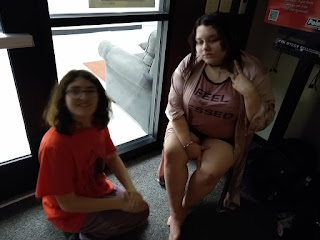 Posted by Rebeca Williamson at March 13, 2020 No comments:

Brad is a missionary in South Korea. Brad met Vanny from Cambodia. Brad and Vanny are very close friends. Brad never planned to be a missionary. His dad is a school teacher. Brad always looks to his dad. Brad also was an orchestra teacher in Farmers Branch for 8 years.

Conviction - have a deep belief about something/someone.

Brad is a teacher in a small academy for people to learn English. It is hard to go outside. Brad says that the babies from South Korea are VERY CUTE !

Pohang is really not a place for tourist. Brad and his wife have seen water falls and beaches. Koreans use their throat to pronounce the words. People are still digging for treasure/artifacts. Brad has gone to Mexico, China,Philippines, and Cambodia.

In our 24 hour world tour experience we are now with our 17 call. We are with fire fighter Marcel. Marcel learned more english coming back and forth from Germany to the United States. In Germany you are allowed to drive at the age of 17 but, you first have to drive with a parent for a year and by the age of 18 you are able to drive alone. Marcel lives in south west of Germany and about 3 to 4 hours from France. One thing that Marcel misses from the United States is the trucks and cars. In Germany they drive small cars such as Mercedes, were as he likes big trucks. If he had a chance to live in the United States he would want to live Texas. Some of his favorite food places here in Texas is Texas Roadhouse, and Whataburger. Marcel actually didn't go to college and just started working right after highschool. Marcel's favorite city in Texas is San Antonio because of the Alamo, and river walk.
Posted by Jayne Germany at March 12, 2020 No comments: